No, I am not quitting the blog, although it has been been pretty hectic and thus the lack of posts lately.  For that I apologize. 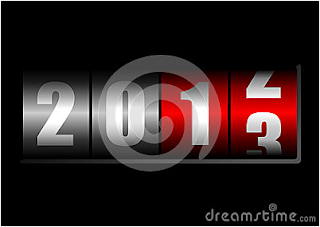 However, this is more about the end of the year and the fact that all things must come to an end, but there is also always a renewal at the same time.  Throughout my life I have found that no matter what happens in my life when something ends there is always something new that is starting at the same time.  Sometimes that new thing is exciting and sometimes it is not that great. But all things are only for a season and the tough ones will pass eventually.

At this point in my life nothing is changing except the date but I am sure that it will only be a short time before something changes.

In the meantime I would like to thank my family for being the strange cast of characters that is always supportive and entertaining all at the same time, and my wife for the patience and love that she exhibits every day.

To you, my readers, thank you for for spending the year with me as we journeyed the the thing we call life.

A countdown to Christmas

Allow me to tell you a story about a young child who made a big mistake that would impact the rest of his life. 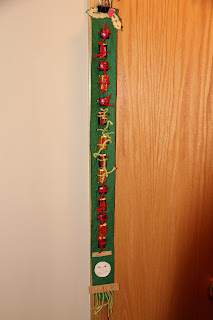 It was the Christmas season and this young child was still in the early years of his life.  He had made a countdown calendar from felt and yarn to track how long until Santa comes with all the loot he could want.   The clanedar had a tootsie roll for each day.

When the young man went home he immediately hung the calendar on the wall in his bedroom and excitedly counted the days. 15 days to the joy of Christmas!

Then the temptation got the better of him.  So much chocolate and so little time.  Perhaps if he ate more than one day Christmas will come faster?  He reached up and grabbed a Toosie Roll off the felt and gobbled it down.  One day closer!  Hmm, how about another day?  And another.  And another.

Soon there were no more Tootsie Rolls, and a full belly.  Make that a sick belly.  Maybe eating them all wasn't such a great idea after all. 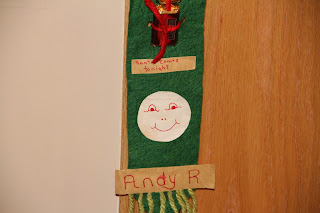 It was such a bad idea that he never ate another Tootsie Roll.

Fast forward almost 40 years.  The boy, now a man, has a party at his house and his step-mother brings a gift to the party.  She hands him that same calendar now reloaded with chocolate bars. The amazing part?  It's 15 days to Christmas.

What are the chances that he will eat that chocolate in one day?  Slim to none, I know better than that now. ;)
--TT
Posted by Malikont at 12:00 AM 1 comment:

A phrase I would love to hear again.

The other day Mrs. T and I went shopping at a local store and had a grand time buying lots of little knick knacks for the grand kids.  As we came out I walked up next to the T-Mobile and heard loud music playing from the vehicle parked next to us.

"Kisd and their loud music." I thought to myself.

Suddenly the music stops and the driver's door swings open, narrowly missing me as the driver climbs out and into me. She was a women in her mid-30's.  Not what I expected with the volume of the music.

And that's when I heard the words that were like music to my ears...

For someone my size that is just hard to believe, but also wonderful when someone says they didn't see you. Either way it was music to my ears.

The Tree Is Up 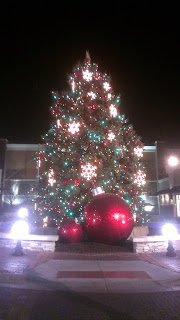 Well, it is official, Christmas has arrived.  Although there are a few benefits to it having arrived 2 weeks ago.  One of them is that the local shopping malls put up the decorations and we get t enjoy them.

In this case the beautiful tree is accompanied by two big balls.