Last weekend the fog rolled in and we took our cameras out to the park again to get a few shots in the fog.  It was quite an experience.  The waterfowl were staying in the lake and the fog was leaving water everywhere.  The spiderwebs were covered in dew and they looked amazing. 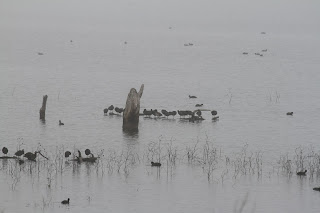 The first thing we noticed was that the waterfowl were rather restrained and keeping to the lake.  Although there were a few that were diving for food int eh lake, they really weren't active at all.  I was not unusual to see them slowly moving around and making more like decoys than anything else.  I should note that this is not the same log as the previous post.  It is the same lake though. ;) 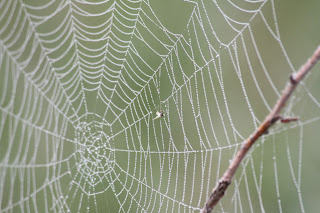 With the fog in the air everything was damp and even the trees and spiderwebs were showing the impact of the fog.Some of my favorite shots were the ones with the spiderwebs covered in tiny droplets of water.  In the pictures they look like tiny little gems attached the webs.  Even more incredible was the fact that the webs were showing up everywhere.  Every shot we took seemed to have at least one piece of spider silk running though it somewhere.


Funny how different something can look sometimes.