A moment of restful peace. 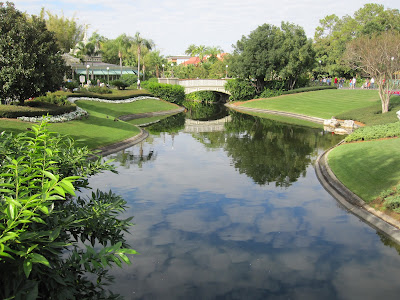 A quick picture that my wife took on our recent holiday to the "Most Magical Place on Earth".  Since this is Friday and we are all scurrying around trying to get things done before we leave on vacation I thought this might be a nice time to roll out a peaceful picture to allow you a time to be calm and relax. 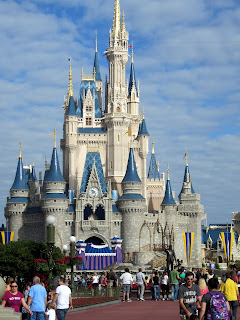 Taken from Main Street looking toward the Crystal Palace, this is something most people are probably going to overlook at they rush through the hub to the various areas.  The part that I really love about this picture isn't just the view but that the sky is reflected in the water but it looks like it is IN the water.

And since this was taken at the Magic Kingdom, I thought I would also include a quick picture of the Icon that has represented the park for over 40 years.

I probably don't need to say much more regarding this picture other than it was also taken by my wife as well.  Proof that the point-and-shoot cameras can actually take some pretty good pictures in a pinch.

Now if you will excuse me, I need to go price another trip to the Magic Kingdom.  Probably won't go real soon, but all these pictures have made me homesick for the magic.

Tell your wife that it is an excellent picture. So calm and peaceful in hussle bussel place.

Thank you for the compliment.