So I was thinking about what to write for today's post and I came across these pictures I took at Denver International Airport some time ago. 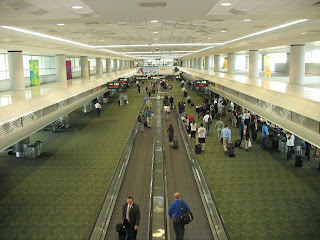 The first was one I took while relaxing on one of the under utilized overhead waiting areas.  These places are usually devoid of other humans, and chairs are few and far between.  But they do provide a great view of the terminal and a much quieter place to wait for your flight.  I think one of the main reasons they are so under used is that there isn't a lot of signage to indicate that there is seating etc up there.  As you can see here, I did catch this at a slow time at DIA. Normally there is no end to the sea of humanity waiting at the gates to fly off on some new adventure or return home from the same. 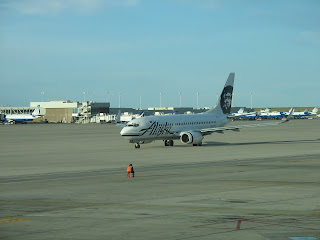