What is that smell? 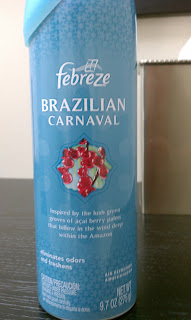 As I was finishing my business the other day I spotted this can of air freshener.

Brazilian Carnaval - Inspired by the lush green groves of acai berry palms that billow in the wind deep within the Amazon.

The name immediately took me to the actual Carnaval in Brazil, and my mind did not go to flowers and other pleasant experiences.  Instead I thought of sweaty partiers, grilled food, and lots of music and floats.  Reading the description of the scent really throws you off because it is talking about the deep Amazon, which is not exactly near the Carnaval.

Sometimes I wonder what the marketing people are thinking when they work at these things.

Who ya gonna call?

I was recently onsite with a customer and as we walked to a nearby restaurant I passed the phone room for the strip mall.  I couldn't help but notice that the door was open and the hardware was accessible to the world.  Further research revealed that the latch on the door was defective and that a good solid wind would blow it open every time.

So who do we call if we don't want access?

Another random picture for your enjoyment.


I call this "Login" 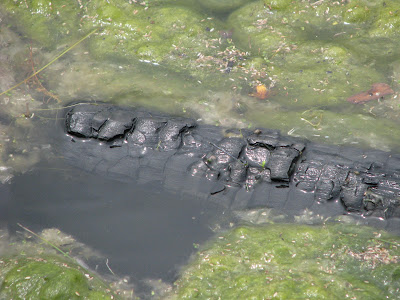 It's a techy joke.

And I am no longer fond of Billy Beane.

I went to see a sneak preview of Moneyball tonight at the Twin Creek Cinema.  This is a beautiful theater.  The room smelled clean (I know, a theater that didn't smell like rotten oil and decades old sugar encrusted floor?), and looked incredibly clean.  I sat between two of those Red Sox fans, (again, crazy people).

The movie starts and we are looking at the fall of 2001.  The Oakland A's are playing the New York Yankees.  Winner moves on the the finals.  Derek Jeter steps up to the plate. The pitch is thrown... Needless to say the crazy people on either side of me did not want to see what happens next.  The A's go home to watch the World Series in comfort.

Moneyball is not about that season of baseball.  It's the true story about how Billy Beane (Brad Pitt) decides to but the system and run the team a whole new way.

Pitt plays a determined General Manager who is also a ex-player, and a loving father.  He is chasing that dream of playing the final game of the season.  He stumbles upon this roly-poly kid named Peter Brand (Jonah Hill) who has an economics degree and a radical approach to evaluating players and to winning a season of baseball.  This might just be the ticket Beane needs to turn things around. The coach , Art Howe (Philip Seymour Hoffman) is no fan of this plan. He does what he feels is right regardless of the wishes of the GM.

Along with the stars I have already mentioned you will also be treated to the beautiful voice of Kerris Dorsey playing Beane's daughter, Casey.  The surprise I didn't realize until looking it up later?  His ex-wife is non-other than the princess bride herself, Robin Wright.

Moneyball is a great movie and especially if you are a fan of the game. It seems a little slow sometimes, but the pace is steady and you are treated to brilliant moments of genius from a wonder cast of characters. The cinematography is incredible, especially the shots of (It pains me to even say this) Fenway Park.  *shudder*  the Big Green Monster has never looked better.  Except when a Yankee hit ball is flying over it. ;)

Make sure to see this movie, it is so worth the money.

Oh yeah, why do I not like Beane anymore? 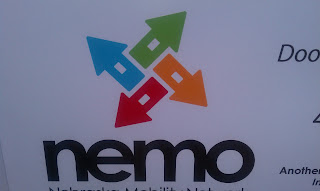 So I was driving to work the other day and I saw this sign on the door of a neighboring vehicle.  The first thought I had was "I found Nemo!!"  What can I say, I have a mind for movies and music. 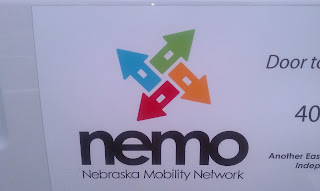 This is that vehicle: 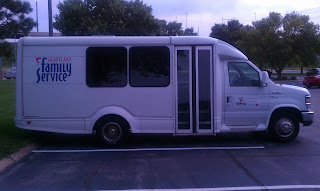 With all the traveling I do I get a lot of pictures.  I also like to take pics when I am out and around town when I am home.  I am going to add another segment to the blog to share natural art I find in the day to day. 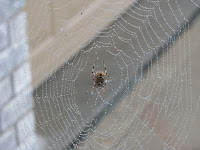 Today I woke up to find that it had been drizzling and raining all night and there were some really amazing things happening out there.  The first is this rather ambitious spider who was still waiting for prey although the web was quite obvious. I would have loved to get a broader picture but it was tricky to get the camera to focus on the web and spider and not the driveway behind them. 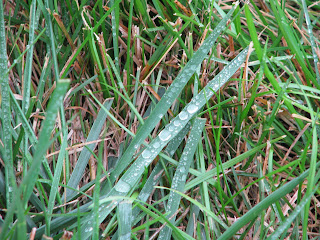 I also noticed a wonderful watering hole as well. If only I had been able to find something taking a sip.

Now why didn't I think of that? 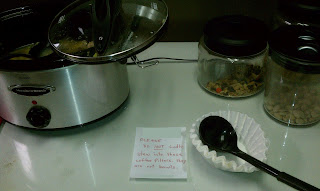 So I was recently working on site with a small company and someone brought in stew for everyone to have for lunch.  As I looked down at the delicious smelling stew I noticed a little note written there. 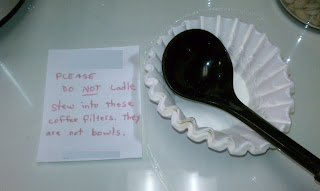 I have it on good authority that they were serious about this note.
Check out the close up.

Found this picture the other day and thought you might like to see the results of years of use on an old gaming laptop of mine.

A modern day what?!?

So walking through the streets the other day I ran into a bicycle that had been locked with a massive padlock.  It was huge.  I mean massive.  Then I read the writing on the lock.  Apparently it was a borrowed lock and in it's former life it was part of a really big chastity belt.

I went for a walk along a undeveloped area near my hotel the other night and I noticed that there were a large number of hawks perched on the streetlights along my route. It was entertaining to watch these predators watch the fields for prey and then fly off to capture their dinner.

However, on my return leg I noticed one specific hawk that sat regally on the pole and didn't seem to be worried about anything.  Vehicles drove by under him, and amazingly, I could walk up to the pole and not disturb him. The picture to the right does not do him justice, but you can tell that I am pretty close.  Unfortunately I only had my phone and the camera has a wide lens and makes it look further away that it really was.  I was about 6 feet below and 4 feet out from the hawk.  You can also see that he was busy scanning the fields and did not care at all that I was this close.

I thought that perhaps the birds had been acclimated to human presence, but the other birds would not let me get within 50 yards of them and they would fly off to land at least that distance behind me on a different pole.  For me though, this one hawk really made my day with such a beautiful close-up experience.

Do dogs sit on caltrops? 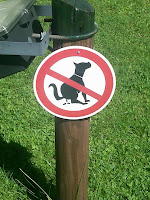 Recently a very good friend of mine visited Austria (or was it Australia?) and brought back a few things with him.

One of those was a picture he took in a park while walking.  I look at this sign and wonder "Why in the world would a dog want to sit on a caltrop anyway?"
Posted by Malikont at 12:01 AM No comments:

Note: I am back-dating this to keep the schedule accurate.

Anybody who tried to catch up on the blog on Labor Day may have noticed that I "missed" my scheduled post for Monday.  However, I actually planned no post since it was Labor Day here and I was busy laboring.  Spent a good part of the day painting the outside of the house and planning the next round of painting for next weekend.

Hopefully the rest of my few readers took the time to do fun things that did not involve paint brushes, copious amounts of house paint, and lots of ladders.

Not the scent I want!

Recently I was talking with a lady in my office and she mentioned the soap in the restroom. It had a unique label and a rather strange phrase.

Somehow when I think of a scent from the kitchen I do not think of anything I want my hands to smell like.  What possible scent do we think of when mentioning the kitchen?
Bacon, fish, dirty dishes, grease, vinegar, oranges, tomatoes, cucumbers.

Probably not the phrase my wife wants me to utter when I am curled up on the couch with her, "Oh, my love, you have such kitchen fresh hands!"